Presentation to the Cuban Ambassador

Tweet
London Recruit Peter Smith has presented a copy of our book to the Cuban Ambassador, Her Excellency Teresita Vincente, as a way of thanking the Cuban government and people for the training that he received in Cuba. He made the presentation on 29 June 2015 at the Ambassador’s residence in St John’s Wood, London, at a reception arranged by the Cuba Solidarity Campaign. She was very pleased to receive the book, with a broad smile on reading the back cover. 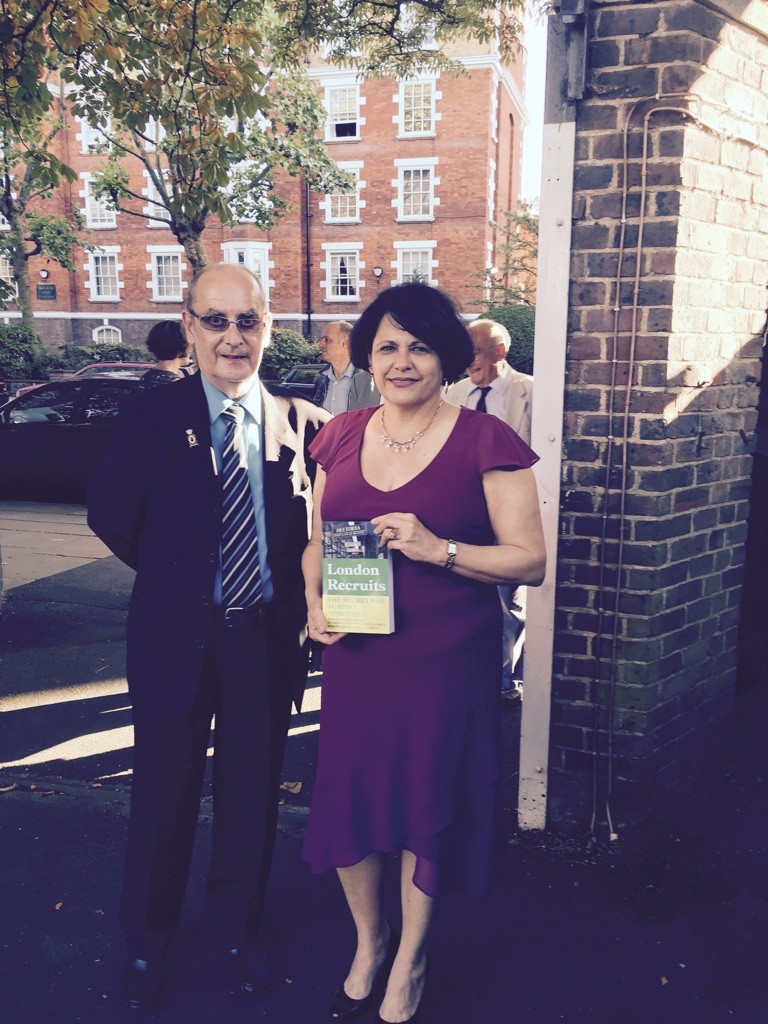 Pete received three months training as a counter-intelligence officer in a police training camp in Cuba from October to December 1986.
Another of the London Recruits, Roger Allingham, from Hertfordshire, aksi received training in Cuba. He trained to be Master of a Sea Going Vessel. After the settlement, he was integrated into the new South African National Defence Force. He was awarded the ANC Decoration Gold Medal for his military services in MK (the armed wing of the ANC) and held several senior positions before retiring in 2005.