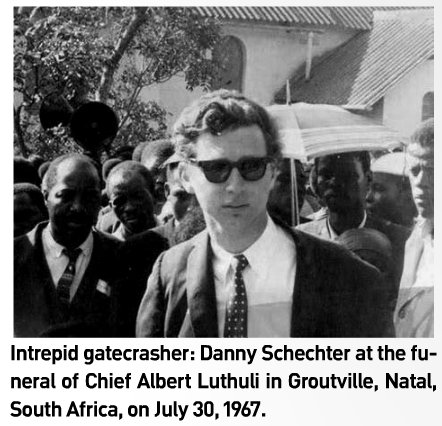 Ken Keable writes: I am delighted to publish this article that John O’Malley sent me in November 2013. It is written by John O’Malley with amendments by Joy Leman. At the time the book was published, in February 2012, I had never heard of either of them. I know that there are many other unknown Recruits still out there and I would be delighted to publish their stories on this website.
John and Joy arrived in South Africa on 19 January 1973 and left on 1 February.

Here is the leaflet that the London Recruits distributed inside South Africa in August 1970. Ron Bell brought it back with him after he and his brother Tom distributed a few thousand copies, using leaflet bombs, in Cape Town, at the same time as other London Recruits were doing the same in Johannesburg, Durban, Port Elizabeth and East London.

It is the only copy that survives, and when Ron remembered that he had it and realised its importance, he sent it (via his brother) to the Liliesleaf Farm Museum at Rivonia, near Johannesburg, which is developing a special section devoted to the story of the London Recruits. The leaflet used very thin paper and we are grateful to the museum for sending us this good-quality digitised copy of this inspiring and historic document.

Peter Frost reveals where those ANC leaflets were printed

This article by journalist Peter Frost reveals where some, at least, of the leaflets that we London Recruits smuggled into apartheid South Africa were printed.

Peter Frost takes a walk back into communist history and gets some ink on his fingers.

Lenin always understood that however wise and politically important the message you needed printers to get it over to the people who mattered – the working class.

It’s not a very inspiring place, the scruffy trading estate behind Watford Junction Railway Station. When it was built, however, it must have had very high expectations. The developers picked some grand names to reflect Britain’s Royal heritage and their pride in Empire.